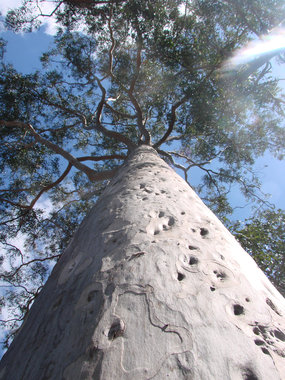 South Coast spotted gums to be sacrificed for Victorian over- logging

South Coast conservationists are calling on the Forestry Corporation to explain reports that spotted gums from local coastal forests are to be logged for an ailing sawmill in Victoria.

Reports from Victoria suggest that the logs are to make up a shortfall for the controversial Heyfield Mill, Australian Sustainable Hardwoods.

The mill made the headlines last year when the owners announced plans to close and the Victorian State Government stepped in to buy it for a reported $60 million.

The newly appointed General Manager of the Heyfield mill, Mr Vince Hurley made the disclosure in an interview with ABC Gippsland this week.

The former owners used cash from the sale to the Victorian Government to relocate to Tasmania where they are setting up a plantation based mill.

Forest campaigner Harriett Swift, who is convener of the Chipstop campaign and Deputy Convener of the South East Region Conservation Alliance said that local coast spotted gum forests will now be paying the price for overlogging and bad management in Victoria as well as in NSW.

“How can this be justified as sustainable, economically or environmentally?”

Ms Swift said that the most southerly spotted gums available for logging are in Bermagui State Forest, which is set to be logged in the next few weeks, and forests further north around Bodalla, Corunna, Mogo and Boyne.

“These forests are under too much pressure already supplying firewood, woodchips and sawlogs.”